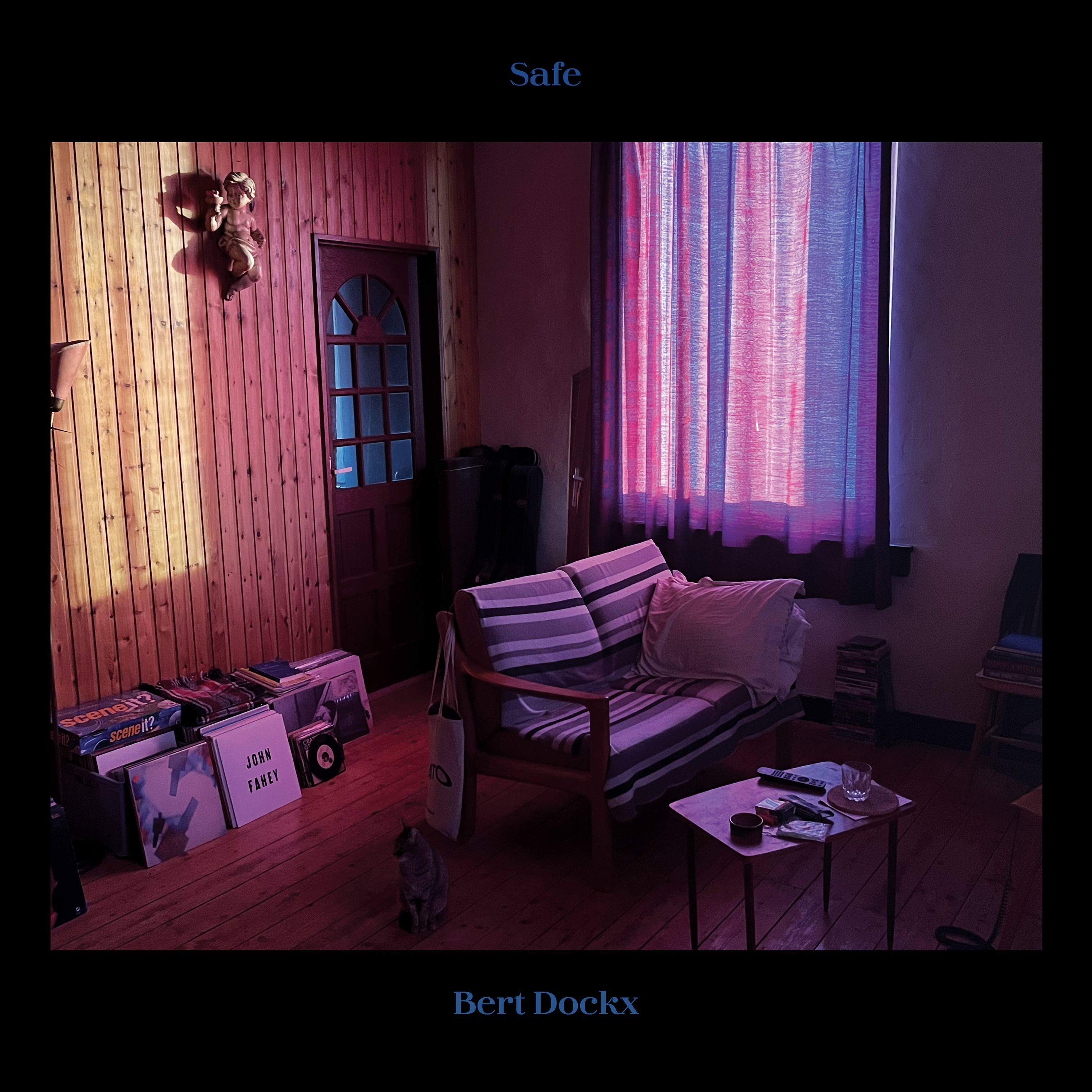 After the successful ‘Transit’, Safe is the second album Bert Dockx (Dans Dans, Flying Horseman, Ottla, Strand) has released under his own name. This collection of songs and instrumentals navigates between threat and dream, between silence and storm. Unlike Transit, Safe consists of mostly original work and only two covers (one by The Velvet Underground, one by Ornette Coleman). This time Dockx is not running completely solo either, but gets assisted musically  by Loesje and Martha Maieu (Flying Horseman, Blackie & The Oohoos) and Thomas Jillings (Ottla, Linus). Also Koen Gisen, Ghent based producer for connoisseurs, is back.

Together with them, Dockx paints a richly variegated and adventurous soundscape with echoes of his many other musical projects. We hear folk, psychedelica, ambient, introverted guitar rock, shaded jazz. Multicoloured panorama’s stand in contrast to gloomy introspection. Careful listeners discover a narrative of a complex, painful, passionate love.

Photograph by Bert Dockx
Design and Lay-Out by Visual Internationals